It will be interesting to see if Pakistan comes with a different team combination to test the bench strength against a struggling West Indies side.

Pakistan and West Indies meet for the third and final One-Day International (ODI) with the series already in hosts kitty. Things have gone from bad to worse for the West Indies team ever since they came to UAE. After being completely foxed in the Twenty20 (T20I) series, West Indies were expected to battle it out in the ODIs but the script remained the same. Losing the first ODI by 111 runs (D/L method), West Indies were chasing a mammoth score of 338 in second match but lost by 59 runs. Nonetheless, they will like to win their first match of the tour and avoid another whitewash in the hands of a resurgent Pakistan. Full Cricket Scorecard, Pakistan vs West Indies, 3rd ODI, Abu Dhabi

West Indies will have to access their downfall quickly if they want to save themselves from further humiliation. Big grounds, ball not coming onto the bat with enough pace, their inability to play spin well along with them conceding too many boundaries have been major reasons for their drubbing. Barring these facts, West Indies have not maintained pressure on Pakistan with average fielding placements and ordinary bowling. Coming onto West Indies batsmen, they have thrown their starts and no one has stood for long in the middle.

On the other hand, Pakistan have come to their best in limited-overs finally. Though it is quite early to say as they are playing against a No. 8 team in ODIs, still one cannot take away anything from their exemplary performances. If there is no area where they have to work on then it has to be their catching. In the last match, they dropped as many as six catches but were good with their ground fielding. Their batting department has clicked with Babar Azam, Sharjeel Khan, Shoaib Malik and Sarfraz Ahmed handling the bulk of scoring.

Apart from Pakistan s ODI skipper, Azhar Ali, the top and middle-order are going all guns blazing. If Sharjeel provides a flying start, Azam plays with calculative risks and rotates the strike well. Senior pro, Malik, is their best batsman who knows when to tighten the screws and accelerate. Malik missed a century in the second ODI being dismissed for 90 off 83 balls but it was his innings which eased things for Azam who went ahead and scored a consecutive hundred. He, thus, became the tenth Pakistani to notch up consecutive tons in ODIs.

For the last ten to fifteen overs, Pakistan have their swashbuckling wicketkeeper-batsman, Sarfraz, who scored his quickest half-century in the last encounter. Sarfraz is a better player playing in conditions where bat comes onto the bat and where the turf generates pace. Nonetheless, after making 35 in the first ODI, Sarfraz added 60 runs down the order to take his side to 337 for 5 in 50 overs. Imad Wasim and Mohammad Aamer are another trusted players with the willow and will like to show their mettle if given another chance in final ODI.

Mohammad Nawaz and Hasan Ali are capable batters as well. West Indies, by now, know that they have a steep task to stage a comeback. The repair work has to start from the dressing room itself as Jason Holder, their skipper, has to make his team believe in themselves and treat the last ODI as very significant. Holder needs to up his leadership skills as well. He does not try anything new on the field and has to try something out of the box. West Indies lack common sense and they should play as freely as possible in the final ODI to earn a consolatory win. 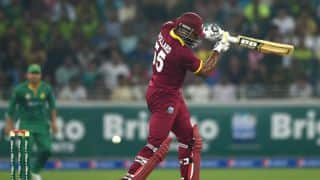 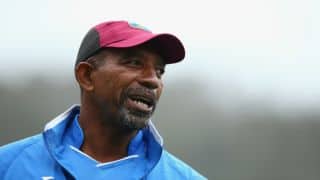