Ehsan Mani stressed that former cricketers and players who are not playing the India-Australia series could have participated in the competition.

The return of cricket in Pakistan was a gala event and it got better when the hosts won the opening game of the tournament. The ICC World XI boasts of 5 South Africans, 3 Australians, 2 West Indians, 1 Bangladeshi and 1 Englishman. Faf du Plessis is leading the players in World XI while Sarfraz Ahmed leads the young Pakistanis. The tournament opener received accolades not just from its fans but also from cricket fraternity across the globe. Former ICC President and Pakistan Cricket Board (PCB) functionary Ehsan Mani was also elated and termed the event as a very important step. However, with no Indian player on the list, Mani expressed his disappointment.

In an exclusive chat with Indian Express, Mani felt cricket binds nations together and India s participation would have been crucial, I m a little disappointed that there are no players from India. It would have been very nice. I know India is involved in the series against Australia, but it would have been nice to get the Indian players as well. Because you know, at the end of the day the game of cricket binds all of us together. There s nothing like cricket to bring people together and help build relations between people and countries.

Mani also stressed that former cricketers and players who are not playing the India-Australia series could have participated in the competition, Some recently-retired Indian cricketers could have played in this series and there are (also) some Indian players who won t be featuring in the shorter formats; the series between India and Australia. So there was ample room for some of them to participate (here).

Even if Mani would want Indian players to be part of this historic tournament, BCCI have no say without the permission of the government. Look, Pakistan and India have been taking part in a lot of events outside full international cricket series. There have been bilateral trade (close to US $3 billion) and cultural exchanges. Why is there an embargo on cricket? I think cricket is being used for political purposes, which is wrong, opined Mani.

Meanwhile, the current players were welcomed with tight security. Du Plessis went on to praise the security arrangements and felt said it was a movie plot.

A lot of this security that they (World XI) are getting is over and above of what is required. The reality is that there s no perceived security threat that one is concerned about. But in terms of security and the level of comfort (to touring teams), Pakistan is capable of holding international matches, Mani concluded. 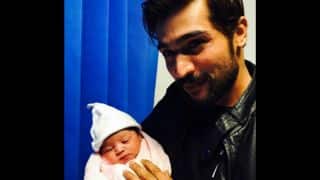