Pakistan host Zimbabwe for the third and final ODI at Lahore on Sunday. They have already won the One-Day International series and will be wishing to inflict a clean sweep on Zimbabwe. Live updates: 3rd ODI between Pakistan and Zimbabwe

Zimbabwe have already lost the series, following their six-wicket loss in the 2nd ODI at Lahore. Pakistan skipper, Azhar Ali scored a match-winning century in order to seal the victory for the hosts, following an embarrassing 3-0 whitewash at the hands of minnows, Bangladesh last month. Live scores: 3rd ODI between Pakistan and Zimbabwe

Zimbabwe, on the other hand, has had a terrible season since last year, and also failed to fire in the ICC Cricket World Cup 2015 in Australia and New Zealand this year. Although they have shown the courage to tour the troubled nation, their courgae to lead a fight-back has faded in the game itself. 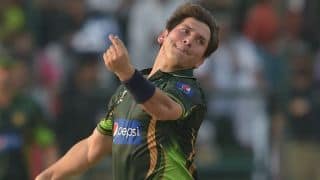