Afghanistan were to play 2 T20Is (friendly matches) against Pakistan in Kabul and Lahore.

The relations between Pakistan Cricket Board (PCB) and Afghanistan Cricket Board (ACB) have gone sour ever since the latter cancelled its friendship tour. ACB tweeted a rather pinching statement after a bomb blast in Kabul killed more than 80 and around 500 were injured. PCB chairman Shaharyar Khan has opened up about the incident, making it clear that a public apology will be needed to revive cricketing ties between both nations.

According to a report in ESPNCricinfo, Khan said, “One day, their chairman [Atif Mashal] met me and was very positive about having good relations. But next day he gave an extremely political statement about Pakistan, so then we told them that we don’t have anything to do with you. He later did express his regret on making the statement and had also apologised privately. But we, the board, have taken a position that until they apologise in public, we should not be reviving any cricketing ties with them.

ACB, in the tweet, had blamed Pakistan as the main cause of blast and thus cancelled the tour on account of mutual agreement. Afghanistan were to play 2 T20Is (friendly matches) against Pakistan in Kabul and Lahore.

Both ACB and PCB were involved in a tussle over the statements following the blast. Afghanistan were recently given full member status by International Cricket Council and are now eligible to play Test cricket. 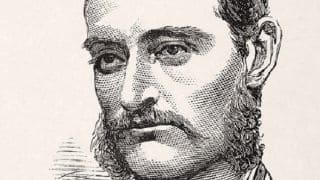