Pakistani women's cricket team's training camp concluded for their upcoming tour to Europe where they will play against England and Ireland before going for the World Cup qualifiers. 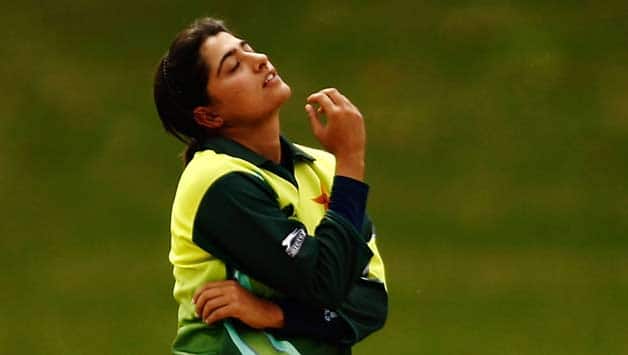 Pakistani women‘s cricket team’s training camp concluded for their upcoming tour to Europe where they will play against England and Ireland before going for the World Cup qualifiers.

The manager of the Pakistani side Ayesha Ashar said Friday that the girls had prepared hard to face the coming challenges in Europe which will help team preparations for the ICC Women’s Twenty20 World Cup, reported Xinhua.

“We have prepared our players in tough conditions and we hope that our team will show better performance in England and Ireland,” said Ashar.

Pakistani players, led by skipper Sana Mir, showed their continued presence at the camp for 19 days under harsh weather conditions in Muridke, a city over 50 km from Lahore.

In its first stay in England from June 24 to July 10, Pakistan team will play two One-Day Internationals (ODI) and two Twenty20 Internationals against the hosts. After completing the England tour, the team will go to Ireland to take on the hosts for one ODI and two T20Is.

The batting department of Pakistan always remained a concern for the team management as they failed to perform against tough sides during the last decade. The Pakistan Cricket Board (PCB) hired former Test cricketer Basit Ali as the batting consultant of the team for the training camp, who worked with the players to improve their skills.

“Failure in batting is our old problem. We focused mainly on this section during three weeks and tried to correct the technical faults of the players,” said Ali.

Talking about the future performance, Ali said that we can hope for better things but cannot give assurance because the correction of these old faults will take time.

Pakistan will participate in the World Cup qualifying rounds from July 23 to Aug 2, where they will face Ireland and Sri Lanka.