Papua New Guinea on Sunday sealed their place in the next year s ICC T20 World Cup in Australia. This is the first time when PNG has qualified for the T20 World Cup. Ireland, meanwhile, are on the cusp of clinching the final spot for the next year’s event.

PNG defeated Kenya by 45 runs in the T20 World Cup qualifiers on Sunday and with Netherlands’ failing the 130-run target in 12.3 overs against Scotland, PNG clinched a place in the ICC T20 World Cup 2020.

At one point today PNG were 19/6 against Kenya, with their hopes of qualifying automatically for the #T20WorldCup rapidly fading before their eyes.

An inspired comeback and a nervous wait later and they’re going to Australia.

If the Netherlands had chased down the total in 12.3 overs, they would have topped the Group A and qualified. PNG and Netherlands played six matches each and registered five wins from the six games in the group stage.

This is how Group A finishes.

PNG are going to Australia, while Netherlands, Namibia and Scotland all qualify for the play-offs.

Four of the six teams in the play-offs will qualify for the #T20WorldCup. pic.twitter.com/3Wtca55G1h

Ireland, meanwhile, had defeated Nigeria by eight wickets on Saturday. However, their hopes of qualifying for the next year’s ICC event depended on the outcome of the Oman and Jersey match.

If Oman had defeated Jersey in their Group B encounter, they would have topped the group and qualified for the 2020 T20 World Cup. But Jersey’s 14-run win over Oman sealed Ireland’s place in the next year’s showpiece event.

With their win in their last group stage game and Oman’s defeat against Jersey, Ireland topped Group B. While Ireland and Oman registered four wins each, Ireland went ahead on the basis of the better net run-rate. 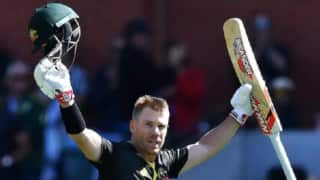