PNG made a remarkable recovery against the Netherlands to beat them by five wickets.

Papua New Guinea (PNG) made a remarkable recovery against the Netherlands to beat them by five wickets in their Intercontinental Cup tie at Amstelveen. The match lasted less than three whole days with both teams going through their innings in a hurry. Right up to the end of Day Two it appeared as if PNG would be comfortably beaten. ALSO READ: ICC Intercontinental winner will earn an opportunity to play Test cricket

However, PNG came back amazingly on Day Three and their efforts were headed by a determined Assad Vala, who scored a 200-ball 124 in PNG’s fourth innings chase of 305 runs. PNG will be extremely pleased with the victory especially after conceding a first-innings lead of 81 runs.

Netherlands batted first and scored 209 runs, with Loa Nou taking a fifer. PNG then offered a shabby response with the bat getting bowled out for 128. Timm van der Gugten starred with the ball in that innings taking six wickets for just 29 runs. Batsmen failed miserably on both sides in theie first innings.

In their second innings, Netherlands top order failed once again but they were rescued by some good lower order batting with van der Gugten scoring 57 runs. Willie Gavera and John Reva shared seven wickets between them and ensured that Netherlands didn’t put on too many threatening partnerships.

A target of 305 was set and it was always going to be quite a tedious task to get those runs and losing their openers for 66 runs at the end of Day Two didn’t help their cause much. It seemed to get worse for PNG early on Day Three as they lost two more wickets in no time, getting reduced to 82 for four!

However, Vala was determined and he batted with uncanny fluency and maturity. He found a much-needed partner at the other end to hang on with him, which he found in Mahuru Dai. They both not only stabilised the innings for PNG but took them to the cusp of victory, when Dai fell for 91. Vala stayed on till the end and his unbeaten 124 took PNG home with five wickets to spare. 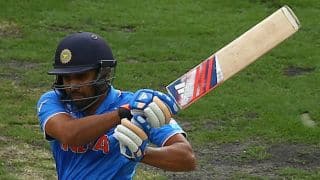