Nepal's captain scores a half-century to get his team a consolation win in the final match of the series.

Paras Khadka scored a responsible half-century to lead Nepal to a thrilling three-wicket win in the fourth T20I in Rotterdam. His 40-ball knock of 54 ended in the 19th over, with his team needing another ten runs to win off seven balls. But the next man in, Sompal Kami, hit a boundary off the first ball he faced, and in the final over, the batsman on strike, Pradeep Airee, got out off the first ball, there was a brace and a single taken in the next two balls, and Kami hit his second boundary in the second ball he faced, the fourth ball of the final over, to clinch the win. LIVE CRICKET SCORECARD: Netherlands vs Nepal, 4th T20I, Rotterdam

The characteristic of Nepal’s innings was their brief but valuable partnerships along the way. Chasing for the fourth time in four matches, they ensured they kept themselves in the hunt by maintaining a run-rate of six or more (approximately) throughout. Khadka arrived to bat in the sixth over, following Gyanendra Malla’s dismissal, and he kept finding the boundary in junctures. His fifth wicket stand with Sharad Vesawkar was a productive one, of 44 off 33 balls, which allowed them a peek at victory. But the contest got tighter with Vesawkar’s wicket in the 18th over. LIVE CRICKET UPDATES: Netherlands vs Nepal, 4th T20I, Rotterdam

Netherlands’ innings was built on a partnership of 42 between Peter Borren and opener Rahil Ahmed, which provided stability to their batting after a shaky start. Regular wickets got them to a precarious 83 for 7 in the 15th over, but Roelof van der Merwe (40 off 27) and Michael Rippon (22 off 14 balls) gathered 56 off 5.1 overs to help Netherlands get to 139.

The win gave Nepal a consolation win in the series, as the series ended 3-1 in favour of Netherlands. The teams will play in the World T20 Qualifiers in Scotland and Ireland starting July 9. 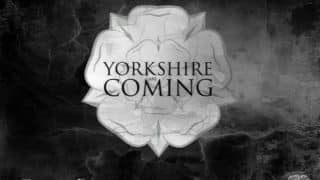 The War of Roses in Cricket 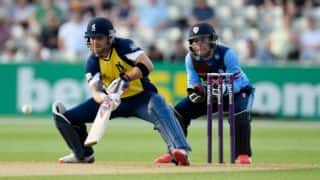