UAE's 'part-timers' who hold various day jobs do their cricketing practice in the night.

As the United Arab Emirates (UAE) qualified for the ICC World Cup 2015 with a convincing performance in the qualifying matches, it is hard to believe that a side boasting of part-time players will now rub shoulders with some of World cricket’s elite teams in the quadrennial tournament.

“All of us are working. Some of us are bankers, some work for airlines, others at hospitals. After you finish your work around five or six, you leave for training under floodlights. You finish around ten o’clock and you go home again,” said UAE skipper Khurram Khan to stuff.co.nz about his team which lost to Scotland in the final of the qualifying tournament.

“Some of the players come from Abu Dhabi which is 160km, and they are coming every day for practice. This shows a lot of dedication,” added Khan who himself works as a head air steward for Emirates and involves in cricket practice during the night.

“It’s been a very long time – 18 years since we were in the World Cup last. This is a new generation for the tournament. It’s an amazing feeling for our country, given our Under-19 team made their World Cup next year as well. It’s very good for us, because it shows we are improving at all levels and that there is definitely more to come,” said Khan who also feels that it is a dream come true for his side to play in the upcoming World Cup in Australia and New Zealand.

“He came to us from Pakistan, and having played before in New Zealand with Pakistan, he knew what conditions to expect here. His experience gave us a lot. We prepared our wickets in UAE and tried to emulate the wickets we were expecting in New Zealand,” concluded Khan about the influence of former Pakistani player Aaqib Javed, who has coached the team since 2012. 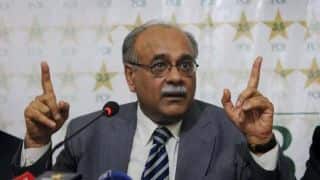 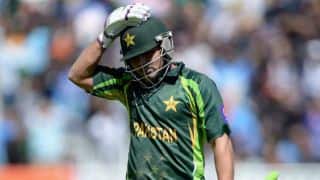