Unfazed by the politics that followed after he became the first player from Jammu and Kashmir to be picked in the Indian team, all-rounder Parvez Rasool on Tuesday said that he should be seen and judged solely as a cricketer. 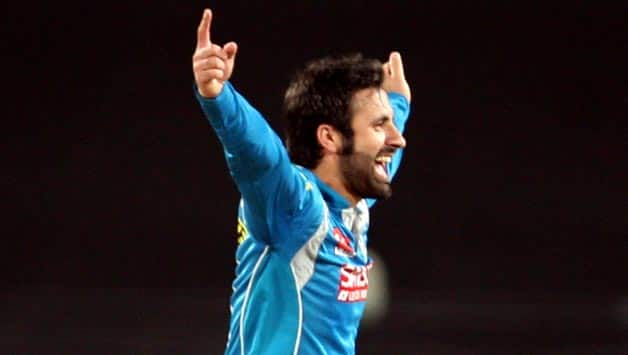 Unfazed by the politics that followed after he became the first player from Jammu and Kashmir to be picked in the Indian team, all-rounder Parvez Rasool on Tuesday said that he should be seen and judged solely as a cricketer.

Rasool was picked for the recent ODI tour of Zimbabwe but was not given a single game by the team management leading to a controversy when J&K chief minister Omar Abdullah lashed out at the BCCI for not fielding Rasool in any of the five matches.

But Rasool prefers to remain apolitical and urged everyone to look at him only as a player.

“A cricketer should always be seen only as a cricketer. Whatever performances I have given in the past and the way I am performing at the moment, I would request people to look at only those and that’s all,” Rasool told reporters.

Rasool, however, conceded that his selection in the national team has brought in a lot of positive change as far as cricket in the state is concerned.

“Obviously after my selection a lot of youngsters are taking up the game in the State. A number of new leagues have also started, including J&K Corporate Premier League. Parents now come to me and talk about their kids’ future in the game.

Even the youngsters have started to work very hard,” said Rasool.

The 24-year-old all-rounder admitted that he has a long way to go before he can break into India’s playing XI.

“When you play international cricket, you realise that conditions outside are very different and that matters a lot. One needs to work extra hard at that level,” added the off-spinner.

Rasool, who considers himself an off-spinner who can bat, said, “I am concentrating hard on my bowling. I am working on my doosra and looking to strengthen my stock delivery. I also want to bowl to quality batsmen so that I can improve overall as a bowler.”

He said being part of the Indian dressing room has completely changed his outlook towards the game.

“I learnt a lot while I was travelling with the Indian team. I saw how big players behave and work hard, and that encourages me to work even harder on my game,” said Rasool who idolises Sachin Tendulkar and follow England’s Graeme Swann as far as bowling is concerned.

Stating that it was a big moment for him when India ‘A’ defended a modest total against Australia ‘A’ to win the final of the tri-series in South Africa recently, he said, “Because of the nature of the pitch, we were playing all high-scoring matches but it was a great moment for me and the team when we could beat Australia A in the final in a low-scoring game.

“I feel had there been a fair [competitive] wicket, I could have performed better.”

There have been suggestions that Rasool must leave J&K and play for some other team that figures in the Elite Ranji Trophy list, in order to grow as a cricketer but he said it was now his turn to serve the State.

“It is the J&K team that has provided me all the opportunities. I have come into the Indian team while representing J&K. I would like to serve my state now. We will try to perform well and break into the Elite group.”

Gary Kirsten says he was confident of Virat Kohli's success