Pat Cummins insisted that he enjoyed working with Langer but it was only "fair" that the coach goes through an "evaluation process". Melbourne: Australia Test captain Pat Cummins on Thursday backed Cricket Australia’s approach of evaluating coach Justin Langer’s contract extension for Australia and feels that it is only fair as players go through the same process and there is no reason why it is should be different for anybody else.

Langer, under whose tutelage Australia hammered England in the Ashes and also won the T20 World Cup for the first time last year, has been in service for the past four years. Cricket Australia will be considering a contract extension for him on Friday.

Cummins insisted that he enjoyed working with Langer but it was only “fair” that the coach goes through an “evaluation process”.

“It’s in Cricket Australia’s hands,” Cummins was quoted as saying by the ‘Sydney Morning Herald‘.

Cummins said speculation surrounding Langer’s job was not healthy and he did not want to add to it.

“JL’s been doing a fantastic job, he’s been there for four years, his contract is obviously up soon, they’re just going through an evaluation process at the moment, which I think is fair, the right thing to do.

“We all get evaluated all the time as cricketers. It’s part of a high-performance environment. That process is happening, it’s a decision for Cricket Australia and we just have to wait.

While former teammates like Matthew Hayden, Shane Warne and Adam Gilchrist have come out in support of Langer’s contract extension, there has been media speculation about resentment towards him among current players, although no one has openly criticised the coach. 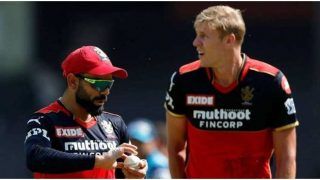 Kyle Jamieson Opens Up On His Absence from IPL Auction, Says Was A Difficult Decision 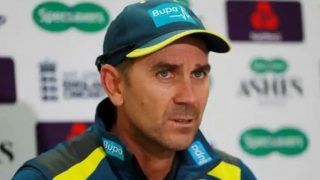