Cummins is the world’s top-ranked bowler in Test cricket and is ranked fifth in ODIs. 2019 has been an excellent year for the fast bowler who became the second fastest Aussie fast bowler after Charlie Turner to claim 100 Test wickets.

“He’s clearly the best bowler in the world, his stats will probably back that up,” Paine told reporters on Wednesday. Not just for one series, or one Test, or two Tests here or there, he’s done it every game. I think he’s getting better with experience as well, I think you’re noticing he’s not always bowling high-140s anymore, which is a great, great attribute and skill.”

Last week, Cummins commanded an eye-popping Rs 15.5 crore at the IPL 2020 auction as he was purchased by Kolkata Knight Riders which made him the most expensive foreign buy in the league’s history.

Now, he’s gearing up for the second Test of the ongoing three-match series against New Zealand at home.

Meanwhile, Australia are yet to decide on their final playing XI for the Melbourne Test saying they will asses the pitch on Thursday before making the call.

“We’ll find out tomorrow. The wicket is a bit unknown … but we’ve got a plan in place for both scenarios (with Neser or without),” Paine said. We’ve probably got two different teams (in mind), to be honest, so we’ll make the final call tomorrow.”

While James Pattinson is back to replace injured Josh Hazlewood, depending on the pitch, the hosts could add an extra fast bowler. “Looking at the wicket in the last two or three Boxing Day Test matches, it’s been very hard to take 20 wickets. Our batting team has been scoring a lot of runs so if we were to go one more bowler, we would be comfortable they could do the job. The bowlers we would be bringing in can all bat so while we’re taking a batter out, we’re probably lengthening our line-up,” Paine said. 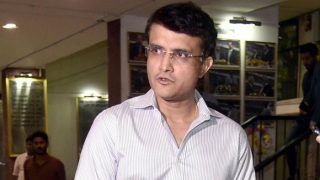