Former India all-rounders Chandu Borde and Salim Durani would also be part of the celebrations.

VVS Laxman is all set to renew his connection with Eden Gardens as the former middle order batsman has been chosen to deliver the MAK Pataudi Memorial Lecture here on October 19. The lecture will be held on the eve of the fifth and final ODI between India and the West Indies and will be part of the Cricket Association of Bengal‘s 150 year celebrations, BCCI secretary Sanjay Patel was quoted as saying.

Laxman too has confirmed the news, saying: “I was always fascinated by knowledge of Pataudi. I was a big fan and I heard stories about him from late M L Jaisimha. Like me, Pataudi too had played for Hyderabad and I feel honoured to be speaking in his memory.” The Hyderabadi batsman is best known for his epic 281 in the second innings in India’s famous win against Australia in the Eden Gardens in 2001. Sunil Gavaskar was the speaker in the inaugural edition of the lecture while Anil Kumble delivered in the last edition.

The lecture was originally planned for October 18, but later changed to the next day, a Cricket Association of Bengal official said of the event which will be attended by a number of former India captains and members of current India and West Indies squad. Former India allrounders Chandu Borde and Salim Durani would also be part of the celebrations that would begin with the release of a book and documentary — titled ‘Eternal Eden’ — on October 16, the CAB official added. 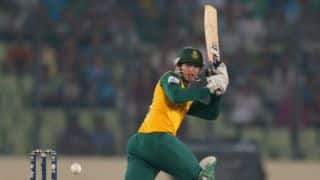