Australia's 18-year-old Patrick Cummins, who was included for the Test series against South Africa, says he doesn t want to look too far ahead on the Tests, and instead, wants to carry on the good form in the upcoming One-Day International series. 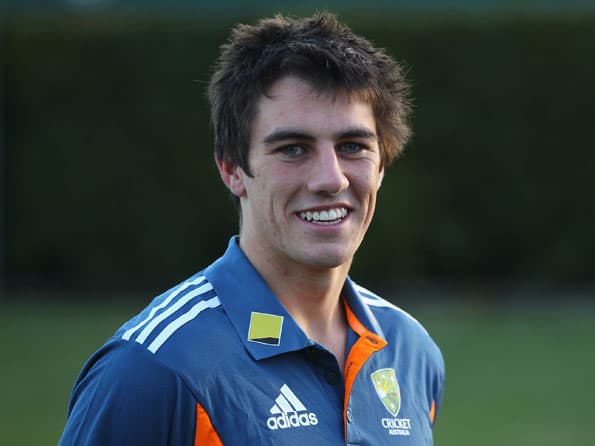 Australia’s 18-year-old Patrick Cummins, who was included for the Test series against South Africa, says he doesn t want to look too far ahead on the Tests, and instead, wants to carry on the good form in the upcoming One-Day International series.

Cummins inclusion in the Test squad has come after appreciation by the senior squad members during the Twenty20 series, wherein he took five wickets and finished with five wickets at an economy rate of less than seven.

“It does put a little bit of added pressure on trying to live up to those comments but it has helped. I guess it’s almost given me more confidence in that I’ve got the backing of fellow players and obviously past players as well,” Cummins said.

“It’s obviously the first one-day series I’ve been a part of and Australia are No.1-ranked in the world at the moment so we’re going into the comp pretty confident,” he added.

Australia s selection committee chief Andrew Hilditch has admitted that they are hoping that Cummins will become the next superstar of Australian cricket.

The right-arm pacer, who suffered a back injury during his stint with the New South Wales Blues, is now being closely monitored by the selectors during the three-match one-day series, as well as a four-day tour match.

Cummins will become Australia’s second youngest cricketer since Ian Craig in 1953 to wear the baggy green, if he is selected for the first Test.

Cummins, who made the state-level debut 11 months ago said, “I was surprised, I was over the moon to get the Twenty20 gig and now going into the one-day series.”

“The baggy green for Australia is obviously one of the most coveted things in sport in Australia and to be part of a Test series here … is a big deal. It’s all been a bit of a blur … to come here and play with the Aussie guys, it’s been a bit surreal. I’ve grown up watching a lot of them and it’s been a great experience so far and hopefully it continues,” he added.

Pakistan on top as Sri Lanka lose wickets in a heap