Collingwood impressed as a coach by taking Scotland to the ICC World Cup 2015.

Former Test batsman Paul Collingwood will join England‘s coaching staff for their upcoming tour of the West Indies and the subsequent ICC World T20 2014 in Bangladesh, the England and Wales Cricket Board (ECB) announced.

Collingwood, still an active player as captain of county champions Durham, recently impressed as a coach by helping guide Scotland to the final of next year’s World Cup in Australia and New Zealand.

Renowned as one of the best fielders of his generation, the 37-year-old Collingwood will be given leave from his Durham duties to replace England assistant coach and fielding specialist Richard Halsall in the Caribbean and Bangladesh.

“I am delighted that Paul has agreed to join the England coaching staff for the trips to the West Indies and Bangladesh,” said Paul Downton, England’s managing director of cricket, in an ECB statement.

“He was an outstanding performer for England and proved himself to be a successful captain in T20 cricket and the county game.

“We are looking forward to the enthusiastic approach Paul brings to all the teams that he has been involved with over the years,” former England wicket-keeper Downton added.

Ashley Giles, England’s limited overs coach, played international cricket alongside Collingwood and was glad to have the Durham stalwart on his staff for both the ODIs in the West Indies and the ICC World T20 2014.

“Colly will add great energy and a winning T20 pedigree to the tour party. We are really looking forward to his involvement,” Giles said.

England are currently without an overall head coach after Andy Flower quit as team director following the humiliating 5-0 Ashes series loss in Australia. 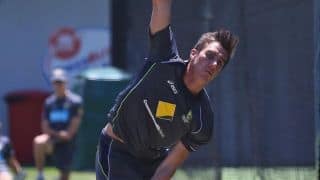