Collingwood, who made more than 300 international appearances during his career was part of the World XI .

Pakistan welcomed international cricket with warmth last week. It received accolades across the globe. Even players from different countries who were part of the World XI had a gala time and were overwhelmed with the reception. After the grand success of World XI tour to Pakistan, Paul Collingwood feels other countries should consider playing in Pakistan. Several countries had refused to travel to Pakistan after the 2009 attacks on the Sri Lankan team bus. Collingwood, who has made more than 300 international appearances was part of the World XI, that lost the series by 1-2.

High security levels ensured, fans had to pass through four levels of security before entering the stadium. Collingwood thus felt there was no reason why other countries cannot travel to the nation. However, Pakistan is gearing up to welcome Sri Lanka and West Indies for a full tour. Speaking to BBC Radio 5 Live, Collingwood added, We were there five days and if you had that level of security for a longer tour, I can t imagine how much it would cost.

Collingwood was also amazed with the arrangements, It was like having the army around you at all times, which was excellent because we knew we were safe, [but] the disruption it must cause to everyday living, because they literally closed all the roads to get to the ground. If you can sustain that level of security for a longer period of time, I don t see any reason why you shouldn t tour there.

Collingwood was apprehensive on being part of the tour previously. However, the response received made it worthwhile, I was a bit sceptical when I first signed up, and I haven t had a great time with Pakistan cricket in the past in terms of [Mohammad] Aamer and no-balls [in 2010], the ball tampering [allegations in 2006] etc so I was thinking do I want to support that but after the week I ve had I m really proud I ve been involved. There s a bigger picture and to see the Pakistan players faces to play in front of their home crowd, to get their feelings and how much it meant to them, they were saying thank you, it means so much to us .

You feel as though you ve done something good for the game. I probably didn t realise the impact it had. We re a cricketing family and you have to help each other out, Collingwood concluded. 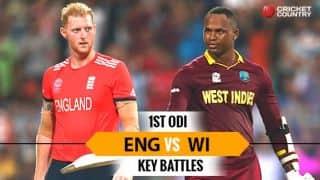