Former BCCI president Sharad Pawar has openly opposed the sports bill proposing BCCI to come under RTI Act saying that he has reservations about few points in the bill. 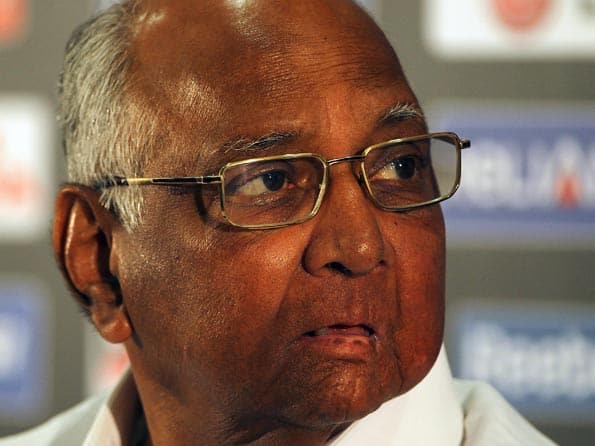 Former Board of Control for Cricket in India (BCCI) president Sharad Pawar has openly opposed the sports bill proposing BCCI to come under RTI Act saying that he has reservations about few points in the bill.

Earlier, the BCCI on Tuesday had rejected the notion of bringing the cricket board under the RTI. Rajiv Shukla, vice president of BCCI had opined that the organisations that take government funding should come under the act which implies BCCI should not be covered under the act.

BCCI governing council member Anurag Thakur said there is no need to be concerned about the accountability of BCCI as it is one of the most professional sports bodies in the countries, Zee News reported.

The report also quoted sports minister Ajay Maken saying that BCCI need not worry about the bill as it does not curtail its independence.

Maken tweeted on Tuesday, “How, bringing a sports body under RTI to controlling it, I fail to understand? Just an effort to make it accountable to its fans.”

Various politicians earlier had raised questions over the functioning of the cricket board in the country and asked for more accountability.

Earlier it was reported in media that various government sources favoured BCCI becoming a National Sports Federation (NSF) and hence fall under the purview of the RTI Act, as proposed in the National Sports (Development) Bill.

India are strong in the shorter format: Broad