PCA to build another world-class stadium

PCA to build another world-class stadium

Punjab will have another world class cricket stadium as the state cricket Association (PCA) is all set to invite the architects to develop the facility in Mullanpur, near Mohali. 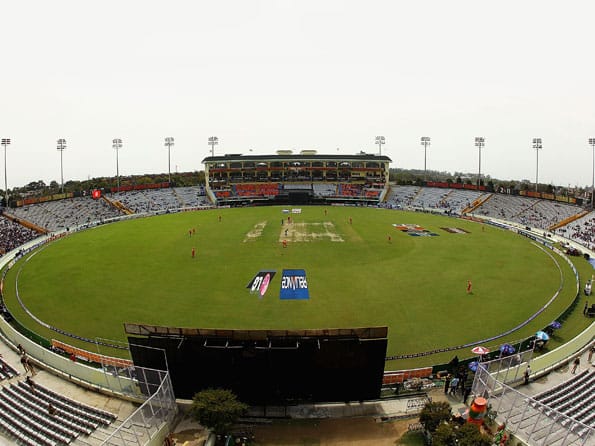 Punjab will have another world class cricket stadium as the state cricket Association (PCA) is all set to invite the architects to develop the facility in Mullanpur, near Mohali.

Punjab already has a wonderful cricket facility in Mohali’s PCA Stadium, which hosted the World Cup semifinal between India and Pakistan in March this year.

“Yes, we are going to shortly start this process. We will invite architects who have the experience of constructing world-class stadiums and then shortlist them,” PCA’s Chief Executive Officer, Brigadier (retd) Gurdeep Singh Sandhu told reporters here today.

In February this year, PCA’s Executive Committee met under the Chairmanship of its President I S Bindra here and decided to build a modern Cricket stadium at Mullanpur, on the outskirts of Chandigarh.

“We have acquired 42 acres of free hold land at Mullanpur Development Scheme in the demarcated Sports and leisure area, approximately 2-3 kms from the outskirts of Chandigarh alongside the 450 feet wide proposed four way lane highway,” Sandhu, who has also served as Chairman, Indian Army Sports Control Board, said.

Sandhu said that the Mullanpur stadium would have world class facilities.

“PCA has become an institution, with big reputation. On March 30, it hosted World Cup semi-finals, a mega event, between India and Pakistan at its Mohali stadium, which besides the Prime Ministers of the two nations was watched by a hosts of dignitaries around the globe. Therefore, keeping our growing reputation in mind, the Mullanpur stadium will be ultra modern and world class,” said Sandhu, former manager of the Indian hockey team.

Showing some of the comments penned down by the dignitaries in the PCA’s visitors book on March 30, Sandhu said all of them were highly impressed with the way PCA had managed hosting the mega semi-final.

“Always feels like you are back at home when you visit PCA,” were the comments of ICC CEO, Haroon Lorgat.

“My fondest and most exciting cricketing memories are at this superbly wonderful PCA stadium in Mohali. The facilities, administration and fantastic hospitality make this place the Lords of India,” wrote business tycoon and MP, Vijay Mallya.

Sandhu, who joined PCA after retiring from the Army in 1996, said the construction of Mullanpur stadium would take atleast 4-5 years.

The Mohali stadium, built in 1992, is located in thick of a residential colony and lacks proper parking facilities.

The new stadia would have two grounds — for matches and practice — and also a state of the art cricket academy which would attract trainees from associate and affiliated members of the ICC under the programme of globlisation of Cricket, Sandhu said.