Former Pakistan Cricket Board (PCB) chairman Ijaz Butt said that the cricket board in the country has become wealthier under his tenure. 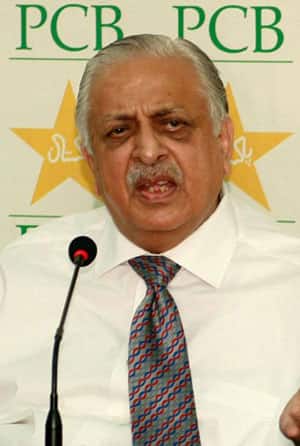 Former Pakistan Cricket Board (PCB) chairman Ijaz Butt said that the cricket board in the country has become wealthier under his tenure.

He said that PCB was on the brink of bankruptcy as it had just Rs 1.5 billion in its coffers while a good number of cheques carrying handsome amounts had bounced.

Butt was quoted in Dawn as saying, “But now, despite the fact that Pakistan has been playing its series off-shore, the accounts of the PCB are richer by more than Rs 5 billion.”

“More importantly, another substantial amount of Rs6 billion will have been added to the PCB accounts by the end of next year, raising its overall balance to Rs 11 billion ” he added.

“The Rs6 billion will all come in foreign exchange and it will come through different resources and not just from the ICC,” he disclosed.

Butt also said he expects PCB to make more profit by 2012 as the board had hired more sponsors to run different projects.

“I believe the PCB is in such a strong financial position that it can be run for next two or three years without any income coming in,” said Butt.