PCB chairman elections to be held on November 2

PCB chairman elections to be held on November 2

The Islamabad High Court (IHC) ordered that the elections for the post of chairman of the Pakistan Cricket Board (PCB) will be held on November 2 under the supervision of the Election Commission of Pakistan. Najam Sethi would not be eligible to contest the elections © AFP

The Islamabad High Court (IHC) ordered that the elections for the post of chairman of the Pakistan Cricket Board (PCB) will be held on November 2 under the supervision of the Election Commission of Pakistan.

Judge Shaukat Siddiqui also set some stringent eligibility rules for the candidates, who will contest the elections. The eligibility criteria says that the candidates should be graduates, must have played Test or First-Class cricket and headed a regional cricket association.

“The court passed the ruling on an application filed by the ECP regarding the elections of the board and it has emphasised that the elections must be held at all cost on November 2nd at Gaddafi stadium,” PCB’s legal advisor, Tafazzul Rizvi said.

He also confirmed that the court has allowed the interim management committee, which was appointed by the Prime Minister before Eid holidays, to work until the elections.

“The court was informed about the fact that the PCB has filed an intra court appeal against the IHC detailed judgement made in July but it ruled that the law will take its own course.

“The elections, however, for the Chairman’s post must be held on November 2 and the electoral college of 111 members belonging to the affiliated district and regional associations and departments who have first class playing rights will cast votes,” Rizvi told PTI.

He said that the court had been informed that 30 per cent of the electoral college at the moment was in litigation but it directed the ECP to decide on the voting college.

Pakistan cricket has been in a constant state of uncertainty since the July judgement by the IHC.

The IHC had given a detailed judgement on a constitutional writ petition filed by a citizen, Major Nadeem Suddle against the election of Zaka Ashraf in May as chairman of the board.

The IHC in its judgement had declared null and void the election of Ashraf and later in its detailed judgement also curtailed the powers of Sethi, who was brought in as an acting Chairman of the board in place of Ashraf by the PM in July.

The interim committee was constituted just two days before the meeting of the executive board of the ICC in London.

Nawaz Sharif formed the interim committee earlier this month after an amendment was made in the constitution of the PCB.

The committee, which is headed by Sethi who was already caretaker chairman of the board, includes Shaharyar Khan, Haroon Rasheed, Naveed Cheema and Zaheer Abbas.

Rizvi said a contempt petition filed against Sethi had, however been disposed off by the court.

Rizvi admitted that under the eligibility rules set by the court, the current chairman of the interim management committee, Najam Sethi would not be able to contest the elections. . 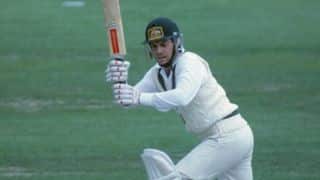