World XI series will be followed by a three-T20I series against West Indies in November.

Pakistan Cricket board (PCB) chairman Najam Sethi has confirmed World XI’s tour of Pakistan next month. Ever since Pakistan won the ICC Champions Trophy 2017, coach Mickey Arthur and skipper Sarfraz Ahmed expressed their desire to play a World XI side in limited-overs in Pakistan. It was mainly seen as a step to promote cricket in the nation who has not hosted anything significant post the infamous attack on Sri Lankan cricket team during their subcontinental tour in 2009. Moreover, the biggest news is that West Indies will also travel to Pakistan for a three-match T20I series to be held in November.

World XI will comprise of some of the top players from top sides in the cricketing fraternity. It will be selected and coached by former Zimbabwe player and England coach, Andy Flower. Following the series, there is an outside chance of Sri Lanka touring Pakistan in late September, provided they are pleased with security arrangements. “CWI and PCB are advancing discussions that will see the West Indies play three T20I matches in Lahore in late November. In September, October and November, we’ll have the World XI, we’ll have Sri Lankan team and then the West Indies. We just hope that the security we’ve promised, we’ll keep it up. Sri Lanka have said they’ll come after the World XI, provided the security is fine. It will be fine. At the end of this month, ICC’s security team is also arriving. So far all signals are good,” Sethi further added. 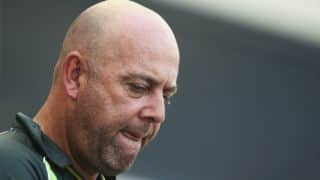