The Zimbabwe team will undergo an isolation period from October 21 to 27 and start practice the next day at Pindi Cricket Stadium.

The ODI leg of Zimbabwe’s limited-overs tour of Pakistan, beginning on October 30, has been moved from Multan to Rawalpindi, the country’s cricket board (PCB) said on Sunday. The tour comprises three ODIs and as many T20 International matches. The three ODIs were originally scheduled to be held in Multan, but have been moved to Rawalpindi due to logistical and operational challenges.

The change in the venue for ODIs also means that Lahore will now stage the three Twenty20 Internationals which were initially planned to take place in Rawalpindi.

The ODI matches in Rawalpindi will be played on October 30, November 1 and 3, followed by three T20Is on November 7, 8 and 10 in Lahore.

“After Multan became unavailable due to logistical and operational reasons, we took the opportunity to revisit the entire schedule and have come up with an itinerary that is suitable for the teams, match officials, broadcasters, event staff and other support agencies,” PCB Director (International Cricket), Zakir Khan said in a statement.

A 20-member Zimbabwe team will arrive in Islamabad on October 20 for a limited-over series against Pakistan.

The Zimbabwe team will undergo an isolation period from October 21 to 27 and start practice the next day at Pindi Cricket Stadium.

The Zimbabwe Cricket Union did not state whether their Indian head coach Lal Chand Rajput had been issued visa by Pakistani authorities to travel with the squad or not.

The ODI series is important for both the teams as it will launch their campaign in the ICC Men’s Cricket World Cup Super League.

The Super League will serve as a qualification for the ICC Men’s Cricket World Cup 2023 with the top seven sides automatically booking their spots for the event in India.

Featuring 13 teams, the 12 Test playing countries and the Netherlands, the Super League will see each side play four home and four away series of three matches each.

Chamu Chibhabha, who has played three Tests, 104 ODIs and 33 T20Is since his debut in 2016, will lead the visiting Zimbabwe side.

The 34-year-old, who bats in top of the order and also bowls medium pace, has captained Zimbabwe in their last international assignment, a tour to Bangladesh in March this year before the COVID-19 pandemic halted all cricketing activities. 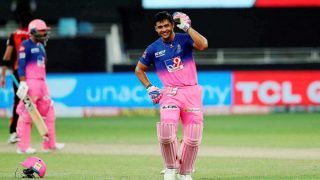