Lahore: In furtherance of its fight against corruption in the game of cricket the Pakistan Cricket Board s (PCB) Security and Vigilance Department has today issued fresh Notices of Demand to Cricketers Khalid Latif and Shahzaib Hassan. These Notices of Demand have been issued under Article 4.3 of the PCB Anti-Corruption Code and require both Cricketers to appear before the PCB Security and Vigilance Department for interviews relating to investigations into possible further breaches of the PCB Anti-Corruption Code apart from the ones for which they have already been charged.

Khalid Latif has been asked to appear on 26th April 2017 whereas Shahzaib Hasan s interview has been scheduled for 27th April 2017.

Due to the sensitivity of the matters under question PCB shall not make any additional comments at this stage. 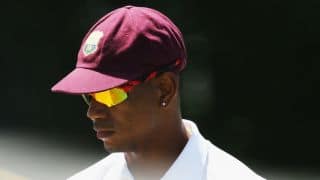