PCB management committee to be given four-month extension

PCB management committee to be given four-month extension

Supreme Court bench will hold its next hearing into the petition on June 15 on the matter.

The management committee that is presently running the Pakistan Cricket Board (PCB) on ad-hoc basis, is expected to be given a four-month extension by Prime Minister Nawaz Sharif, who is also Patron-in-Chief of PCB.

The committee, which is headed by chairman Najam Sethi, was first appointed by the Prime Minister via an order through the ministry of inter provincial coordination on February 9 this year with Sethi replacing Zaka Ashraf as head.

The four-month tenure of the committee, which includes former Test players Zaheer Abbas and Iqbal Qasim and former bureaucrats such as Shaharyar Khan, Naved Cheema etc., will end on June 9, but a reliable source close to the board told PTI that the inter provincial coordination had already prepared and sent a summary to the Prime Minister for approval.

“The fresh summary grants an extension of four months to the MC to run cricket affairs and mainly hold elections of all regional associations in the country and than in the board,” the source said.

He said the Prime Minister is also likely to give approval to the amended constitution submitted by the MC to the ministry.

“The government rules and the board constitution allows for a four-month extension to the MC but in light of the ongoing case in the Supreme Court over whether the government notification issued in February is legal and valid and also basically over who has the right to lead the board (Sethi or Ashraf), the June 9 deadline has gained in significance,” the source stated.

He said the Supreme Court bench will hold its next hearing into the petition on June 15 but it will be interesting to see how it reacts if the government issues a new notification granting extension to the MC.

A source conceded that the present PCB set-up is worried about how the Supreme Court will look at the long-term decisions taken by Sethi and the MC which includes giving two- year contracts to the new coaching staff including head coach, Waqar Younis, spin bowling coach, Mushtaq Ahmed, batting coach Grant Flower and trainer Grant Luden.

“Moin Khan has also been given a two-year contract by the MC as chief selector and manager of the national team,” he pointed out. 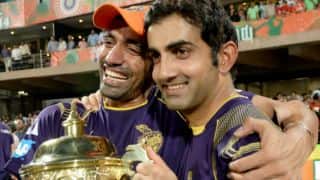 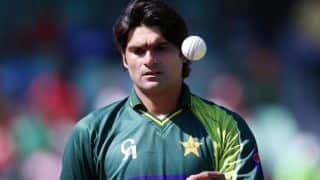