Pakistan Cricket Board is likely to give former Test umpire Nadeem Ghauri a six-month reprieve from his four-year ban and allow him to resume umpiring in domestic tournaments.

Karachi:  The Pakistan Cricket Board (PCB) is likely to give disgraced former Test umpire Nadeem Ghauri a six-month reprieve from his four-year ban and allow him to resume umpiring in domestic tournaments this season. Ghauri, who played a Test and six ODIs for Pakistan, was banned for four years in 2012 after the PCB’s integrity committee found him guilty of being willing to accept money to give favourable umpiring decisions. According to sources in the PCB, Chairman Shaharyar Khan has sent a letter to all the members of the Board of Governors whether they approved ending the ban on Ghauri immediately.

Ghauri, 53, was caught up in the fixing scandal along with first-class umpire Anees Siddiqui after a TV sting operation claimed to have exposed atleast eight first-class and international umpires from Pakistan, Sri Lanka and Bangladesh. All of them were allegedly willing to give favourable decisions in return for a fee in lucrative domestic and T20 leagues.

Ghauri has always maintained his innocence and insisted that he never entered into any illegal deal with anyone. Sources said Ghauri had appealed to the PCB Chairman to end his ban on humanitarian grounds as Bangladesh had done with its umpire, Nadir Shah who was the lead character in the sting operation.

“Ghauri has pleaded with the PCB that he should be allowed to resume umpiring in domestic cricket to make ends meet and he should be given a six-month reprieve from the ban” one source told PTI.

Another former international umpire from Pakistan, Asad Rauf, has also been banned from umpiring after a fixing scandal emerged in the Indian Premier League. Both Rauf and Ghauri umpired on the ICC panel and the latter supervised five Tests, 43 One-day internationals and four T20 international matches. 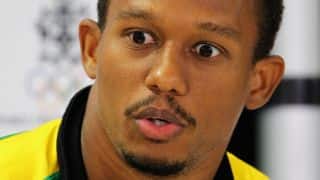