Pakistan Cricket Board (PCB) seems to have reviewed their conflict of interest policy with the appointment of Misbah-ul-Haq as the team’s head coach on Wednesday. The former Pakistan skipper, who succeeded Mickey Arthur in the role, is expected to take over the coaching role with the Pakistan Super League (PSL) side Islamabad United.

“We have reviewed the policy and made a strategic decision by allowing Misbah to have coaching exposure elsewhere,” Wasim Khan, the PCB chief executive officer, was quoted as saying by ESPNcricinfo.

“He has been a world-class player, he has captained elite players but he didn’t work enough as coach so it’s good for him to have coaching opportunities,” he added.

Wasim Khan also said that Misbah’s dual role will benefit Pakistan cricket before adding that PCB have “discussed and reviewed” before handing over the Pakistan cricket team head coach’s role to Misbah.

“It’s for Pakistan’s benefit because he will work in high-pressure games and get experience. Otherwise out of 365 days Pakistan is going to play only 42 days of international cricket. For the sake of Pakistan’s success and the bigger picture it’s good to have him get experience so we have discussed and reviewed it and decided to give him the opportunity,” he concluded. 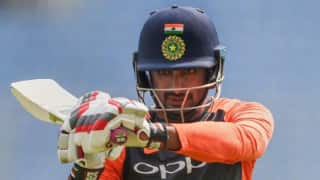