The Pakistan Cricket Board has said it would give credibility to the report about match-fixing in a British newspaper only if the ICC's Anti-Corruption and Security Unit took up the issue and contacted it. 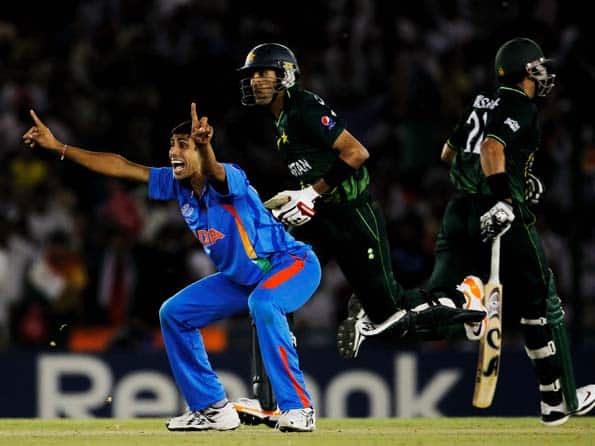 India and Pakistan played in the World Cup semi-final at Mohali on March 30, 2011 Getty Images

The Pakistan Cricket Board has said it would give credibility to the report about match-fixing in a British newspaper only if the ICC’s Anti-Corruption and Security Unit took up the issue and contacted it.

The Sunday Times, in its report, quoted a bookmaker making big claims about how he had fixed matches, including the 2011 World Cup semi-final between India and Pakistan.

“The report only becomes creditable to us if the ICC steps into the scene and contacts us and takes us into confidence the allegations made by this bookmaker,” a senior board official told PTI.

“So far the ICC has said nothing to us and already this bookmaker is threatening to sue the newspaper for different reasons.”

The official said when it came to dealing with sensitive issues like match fixing and spot fixing one had to take the evidence on board.

“Without any solid evidence we are not going to give any credibility to this report. Let us see what evidence this newspaper can produce in future to back the claims made by the bookmaker,” he said.

The official pointed out that the PCB was already alert about such things and had taken number of steps after the 2010 spot-fixing scandal to clean up the sport in Pakistan.

“I have been saying that there is a problem in cricket and authorities need to take it head on. But at the same time I am worried that if such reports are published or sensationalised without proper evidence to back up than it could only damage efforts to highlight and fight this menace of fixing in international cricket,” Latif said.

He also cautioned against jumping to conclusions on the basis of Sunday Times report.

“What bothers me is that so far it is the media which is exposing such things and it just goes to show that the ICC need to revamp their anti-corruption unit and involve former professional cricketers who have the ability to spot something fishy the moment it happens instead of the ACU having to depend on media reports or investigations,” Latif added.

The newspaper quoted a Delhi-based bookie saying that tens of thousands of pounds are offered to players to throw a part of the match or a complete game. The report also mentioned that the high-profile World Cup semi-final clash between India and Pakistan in Mohali was among the matches fixed.

The newspaper added that it has evidences to expose corruption in the game and stated that help from a Bollywood actress was taken to lure the cricketers.