Miandad held the post of director general of PCB since 2009.

The Pakistan Cricket Board (PCB) has reportedly accepted the resignation of former captain Javed Miandad from the post of director general to the board. The decision was taken at a meeting of the management committee, which was chaired by reinstated chairman Najam Sethi despite Miandad, who cited ineffectiveness of job as the reason behind his resignation, suggested that he may withdraw from resigning if Sethi ensures an effective role for him in the future.

According to The Dawn, a PCB statement said that the members have respected Miandad’s wishes by accepting his resignation and thanked him for his achievements, contributions, and services not only to the PCB but also to the game of cricket. Sources said that Miandad, who was appointed in the board by former PCB chairman Ijaz Butt back in 2009, had been complaining about the non-utilisation of his services and was getting increasingly frustrated due to lack of any powers at his disposal.

The sources also claimed that Miandad also had some reservations over a few members of the eight-member management committee announced by Prime Minister Nawaz Sharif to run the board after the removal of Zaka Ashraf.

Miandad was reportedly unhappy with the selectors for continuously ignoring his nephew Faisal Iqbal, who has once again failed to find a place in the two teams announced for the upcoming Asia Cup 2014 and the ICC World T20 2014 in Bangladesh, the report added. According to reports, Miandad is most likely to join a leading TV Channel as the host of a regular programme if he finally quits the PCB post. 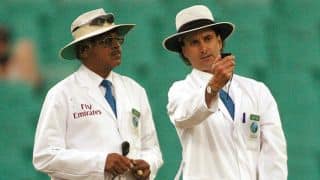 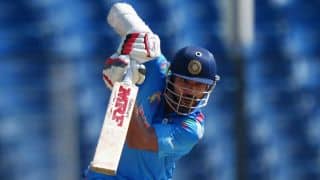