Pakistan women team's horror show at ICC Women's World Cup has created quite a roar and now PCB has decided to review the budgetary allocation.

Karachi: The Pakistan women team’s horror show at ICC Women’s World Cup has created quite a roar in the federation and now the Pakistan Cricket Board (PCB) has decided to review the budgetary allocation and domestic structure of its women’s wing. The team after finishing bottom, losing all the seven games, has not shown concerns for its dismal performance and has rather involved in a game of passing the blame. Reported by the Dawn, women’s wing secretary Shamsa Hashmi has informed that there was a review underway but the international affairs and other activities wouldn’t be affected, adding that trials were being held in Gilgit-Baltistan this week as per schedule. Sana likely to lose captaincy after Pakistan’s poor show in WWC17

Answering to the question that whether the review was an aftermath of team’s poor performance at the World Cup, she replied reluctantly, “I can’t say anything in this regard.” But she agreed that she was disappointed with the results and was expecting the team to win against Sri Lanka, the West Indies and India. “[Manager] Ayesha Ashar and [head coach] Sabih Azhar would submit their respective reports in next couple of days and then we can look where it went wrong,” the secretary said.

Recently the news of Sana Mir losing Pakistan captaincy as well as her place in the team also gained air. She could be replaced by all-rounder Bismah Maroof. Also, women team’s coach Sabih Azhar is also likely to lose his job. 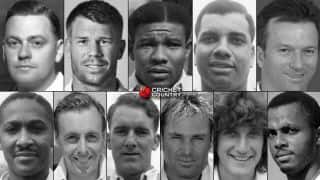