The Pakistan board was taken aback by ICC's sudden decision to withdraw its sanctions on the cricketers.

Karachi: Faced with divided opinion on allowing tainted cricketers Salman Butt and Muhammad Asif to make a comeback to the domestic and international cricket, the Pakistan Cricket Board (PCB) on Thursday sought clarification from the International Cricket Council (ICC) on the issue. The international governing body for the sport confirmed on Wednesday that the sanctions against Asif and Butt will expire at midnight on September 1, and they will be eligible to return to competitive cricket, at both domestic and international levels. A well-placed source in the PCB said that the Board was also caught by surprise by the ICC statement and were not prepared for the reactions that followed. READ: Mohammad Aasif ready to face fans’ abuse after returning to cricket ground

“With regard to the ICC’s announcement on lifting of sanctions against Salman Butt and Muhammad Asif the PCB has sought further clarification from the ICC. Until the world body’s response has been received and evaluated, PCB shall not be making any further comment on this issue,” the PCB said in a statement on Thursday.

The statement indicates that the Board is buying time to reach a policy decision on the issue and the PCB source indicated that things might not be that easy for Butt and Asif even after they return to playing domestic cricket with the National T20 championship in Rawalpindi from September 1.

Both Butt and Asif are scheduled to play for Lahore teams in the National T20 event next month but the source said the PCB is yet to make up its mind on whether to allow them such a quick comeback into domestic cricket after such a major crime.

“Their ban ends at midnight on 1st September the same day the event starts and the PCB is worried if they start playing the next day whether the right message will be sent out in Pakistan’s cricket circles and to other players,” the source said.

He said the PCB Chairman, Shahryar Khan and the head of the executive committee, Najam Sethi might also meet with some of the main players of the national team soon to discuss their thoughts on the trio’s comeback to the Pakistan team.

The PCB however has no reservations over the future of Mohammad Aamer who has already resumed playing domestic cricket after the ICC this year allowed him to resume domestic cricket in his ban period under a special relaxation allowed to him in the revised anti-corruption code.

Both Butt and Asif, who are seen as the main culprits in the spot-fixing scandal that rocked Pakistan cricket in 2010 in England, on Thursday gave statements in the media reiterating they had committed a mistake and apologized to God and the nation and asked for forgiveness.

Asif also insisted that people and former players should accept the fact that they had completed their punishment for their wrong doing and should not be given a second chance to redeem themselves and show everyone they will not repeat the same mistake again. 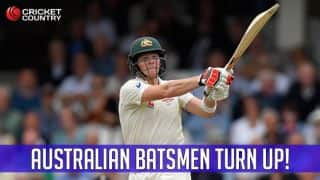