Umar disclosed how the Pakistan team's liason officer in the Hong Kong Sixes had approached him at 3 am in the morning.

Pakistan batsman Umar Akmal has been served a show cause notice by the country’s cricket board for failing to report a corrupt approach before the 2015 World Cup match against India. Pakistan Cricket Board (PCB)’s Anti-Corruption Unit (ACU) has asked the cricketer to appear before the tribunal on June 27. The notice was served Umar, currently out of favour with the selectors and Pakistan team management, spoke about several instances where he was approached to spot-fix matches, under-perform or sit out. In an interview to the Samaa news channel, Akmal said he despised fixing and could never even think about letting his country down.

Akmal, now 28, has been the subject of numerous controversies and disciplinary issues since making his Pakistan debut in 2009. He now talked in detail about the approaches. He disclosed how the Pakistan team’s liaison officer in the Hong Kong Sixes had approached him at 3 AM in the morning in his hotel room a day before the tournament started.

He told me he wanted five minutes. He came in and he told me how much money I could make and it can be transferred to any account I want wherever. He talked about giving me silver and gold gifts. He said all I must do is underperform in the tournament. I got very angry and told him to get lost or the situation will get worse, Akmal recalled.

Umar said he had gone immediately and told elder brother Kamran about what had happened. I didn’t want to play the tournament but Kami calmed me down and I remember he called up PCB Chairman (Ejaz Butt) and chief selector and they spoke to me and told me to play as they had faith and trust in me and they will not suspect me if I failed to perform.”

Umar said next day he played and went on to become Man of the Tournament in the Hong Kong sixes. He has been out of the Pakistan team since last year, after being sent back home from England before the Champions Trophy after failing a fitness test. He also claimed a bookmaker had called him up and offered him between USD 150,000 and 200,000 for leaving two balls at a particular time in the 2015 World Cup game against India at Adelaide.

He also recalled another approach made to him to sit out of a match, against South Africa in Dubai. I told him to shut up. Umar said many times before a match against India in his career, he got calls to work with bookmakers for big sums of money but every time he said he didn’t believe in such things and reported the matter.

Whenever I have got these calls in which offers are made to me I have reported them to the management or security officials. Whenever and everywhere I think I have helped in getting these people who make such calls get caught or identified. I ask such people from where they have got my number.

Umar added that he had received threats from callers but he didn’t bother about them and went on with his life. A reliable source in PCB said that Umar had been called to appear before ACU to clarify his position since Pakistan players were not supposed to speak publicly on sensitive issues without first getting clearance from the board.

The ACU and PCB are aware of some approaches mentioned by Umar but unaware of the others’. Last year PCB banned Pakistani players Mohammad Irfan, Mohammad Nawaz and Shahzaib Hasan for not reporting approaches made to them. 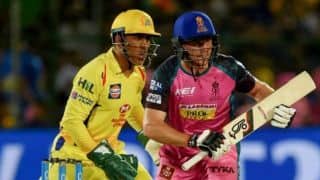 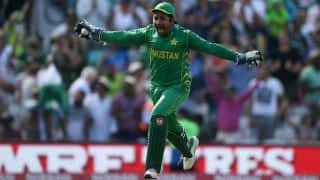