Shoaib Malik has hit out at Basit Ali for putting 'false' and 'baseless' allegations on him.

Pakistan‘s former cricket captain Shoaib Malik was stopped by the Pakistan Cricket Board (PCB) on Thursday from holding a press conference to speak on the allegations of fixing made against his team by former test batsman Basit Ali.

Malik was due to hold the press conference after a match between his team Sialkot Stallions against Islamabad Leopards in the national T20 championship in Rawalpindi but was advised by the PCB to cancel it.

But Malik, in the run for selection in the national squad for the Asia Cup 2014 or ICC World T20 in Bangladesh, interacted with reporters in an informal discussion.

“Because I am a centrally contracted player, I have to follow the board’s advice. So, I can’t say anything more on this matter, although there is a lot I can say about Basit Ali and what he did,” Malik said.

Malik and his team refused to go on to the field before the match in protest over the allegations made by Ali that Sialkot had played a fixed match against Karachi Dolphins earlier in the tournament.

Sialkot, the seven times national T20 champions, lost the low scoring match and also were beaten in the quarter finals by Islamabad on Thursday.

“We didn’t want to go and play this match after these baseless allegations. But, we only agreed to go on field on the directives of the cricket board chairman,” Malik said.

Malik and his team Sialkot Stallions registered their protest against the allegation made by Ali by wearing black armbands in today’s match and getting him removed from the commentary team.

Malik, 32, who has captained Pakistan and appeared in 32 Tests and 216 ODIs made it clear they only played after Basit was removed from the commentary panel.

“Yes, we didn’t want him doing commentary after his baseless allegations. Or, we would not have played the match,” Malik said. 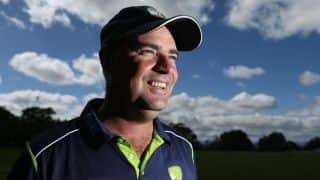 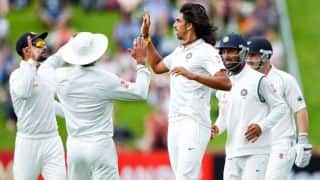