Pakistan cricket Board will seek an explanation from its Sri Lankan counterpart after one of its senior officials denied agreeing to play a full Test series in the UAE later this year. 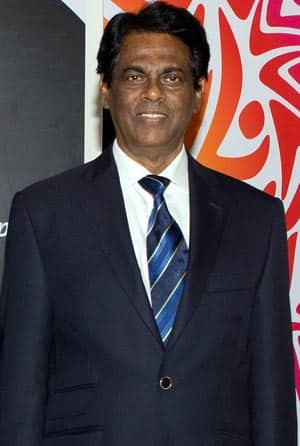 Pakistan cricket Board will seek an explanation from its Sri Lankan counterpart after one of its senior officials denied agreeing to play a full Test series in the UAE later this year.

Sources in the PCB said the top officials were not happy with a statement from SLC interim committee chairman Upali Dharmadasa who said they hadn’t been informed as yet about the venues for the series scheduled in October-November.

The series is Pakistan’s home one but because the Sri Lankans have refused to tour Pakistan because of security concerns the PCB decided to shift the rubber to the UAE which has become a virtual second home for Pakistan cricket in the last few years.

“We haven’t been informed of the venues for the series yet,” SLC interim committee chairman Upali Dharmadasa was quoted as saying by the Daily Mirror newspaper.

“In fact, the other day, I read on the BBC website that the series was confirmed to be played in Abu Dhabi. I learnt about it only then. We are going to discuss this matter at our meeting and then only we can communicate with the PCB and finalize the series,” he said.

A PCB spokesman said they were surprised to read the statement from Sri Lanka as everything had been finalised after taking the SLC into confidence.

“We are very surprised because before making a formal announcement about the series we had formal approval of the SLC. There could be some misunderstanding that needs to be sorted out but the series is in UAE and we have started making arrangements for it,” he added.

Sri Lankan sports minister Mahindananda Aluthgamage had sacked the country’s cricket administration on July 1 amid allegations of corruption and mismanagement.

Aluthgamage has appointed a new interim committee to run the sport and the PCB spokesman said there could be some sort of confusion in the SLC with the newly-appointed body as we have everything prepared and planned.

Dharmadasa also said that the SLC would try to convince the PCB to play the series in Sri Lanka so that maximum people could watch it.

The PCB had also considered Sri Lanka and Zimbabwe to host the FTP series of three tests, five ODIs and two T20 matches but settled for the UAE venues because of the cost factor.

“The bid we got from Sri Lankan authorities was on the steep side so we decided to go for UAE which is ideal for us and we can hope to make a decent profit from the series,” a board official said.

The chief operating officer of the Emirates cricket Board, Dilawar Mani said he was also surprised over the statement from the SLC.

“This is a matter entirely between the PCB and SLC but the statement by Dharmadasa surprised me. We have confirmed everything for the series and have already started preparations,” he stated.

He pointed out that the PCB had also signed a deal with ECB to have the series with England in the UAE.

An official in the PCB said the matter would be taken up with the SLC tomorrow and relevant documents confirming the series would be sent to them to clear up the matter.

“The PCB doesn’t want any confusion over this. This is a big series for us. We are already facing problems because we are forced to play our “home” series abroad. We would expect all member boards of the ICC to support us,” the official said.