PCB could announce its new team management next week with Misbah-ul-Haq and Waqar Younis favourites to be named head coach and bowling coach.

The Pakistan Cricket Board (PCB) could announce its new team management next week with Misbah-ul-Haq and Waqar Younis favourites to be named head coach and bowling coach.

Mohsin Khan is likely to be appointed the chief selector.

A source in the PCB said that the five-member panel appointed by the board to interview prospective candidates for the team management positions had nearly concluded its work.

“They will now have deliberations on finalising their recommendations and it appears as if Misbah is a favourite to be named head coach with Waqar as the bowling coach,” he said.

The source said the panel, headed by former captain Intikhab Alam and which also included PCB CEO Wasim Khan, had interviewed most candidates including Misbah, Waqar, Dean Jones, Johan Botha, Courtney Walsh, Yasir Arafat and some others in the last two days directly or on the video link.

“Mohsin who has remained a chief selector and interim head coach in the past was invited by the board to give an interview to the panel which indicates he will be given some major responsibility next week,” the source said.

He said Mohsin who was keen on becoming head coach could be named chief selector or team manager. “The fact that Mohsin was called all the way to Lahore and the fact that he stepped down from the cricket committee after an understanding with the board means he will get some responsibility,” the source said.

He confirmed that former captain, Rashid Latif, had been offered the job of chief selector but he turned it down after both sides could not agree on a financial package. “I don’t think Misbah would have applied if he had not reached an understanding over his terms and conditions for the job with the board,” the source said.

Misbah has made it clear to the board he should be given a remuneration package which is better than the ones given to foreign coaches in the past. 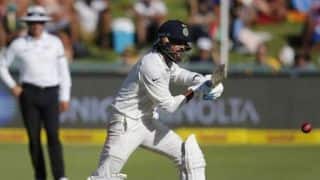