PCB to discuss ways to help bowlers with suspect action

PCB to discuss ways to help bowlers with suspect action

In the past Akhtar, Afridi, Shoaib Malik, Shabbir Ahmed, Riaz Afridi have been reported for suspect actions.

A special committee formed by the Pakistan Cricket Board (PCB) to identify and help bowlers with suspect bowling actions will hold its first meeting in Lahore this weekend.

“The board has scheduled meetings of the newly formed cricket committee and other sub-committees. The committee will apparently list down those bowlers who have problems and need to modify their actions in domestic cricket,” a PCB official told PTI.

The cricket committee and its sub-committees were formed soon after top spinner, Saeed Ajmal was reported for his action by the ICC match officials after the first Test against Sri Lanka in Galle earlier this month.

“We will be reviewing all such reports submitted in recent years about bowlers in domestic cricket because we want to help them at an early stage,” former Test spinner, Iqbal Qasim who is on the cricket committee and heads the sub-committee on bowling actions said.

a separate building is being constructed at the NCA where the biomechanics equipment has been moved and it is expected the lab will become operational soon under the protocols given by the ICC.

The 2014-15 domestic season is due to begin with the national under-19 championship this week, hence the cricket committee thought it was a good time to meet.

There are a few such bowlers in domestic cricket who have been reported in the past and interestingly two of them are prominent off spinners, Atif Maqbool and Misbah Khan.

Another PCB source said that the new Chairman, Shaharyar Khan had also given fresh instructions that the biomechanics laboratory at the national cricket academy be made operational as soon as possible. The PCB during the tenure of Ejaz Butt in 2008 had imported expensive biomechanics equipment which was dumped at the NCA.

Later, it was found out that the board was incurring lot of expenses on operating the biomechanics laboratory under the supervision of qualified persons after which the project was shelved.

“But now a separate building is being constructed at the NCA where the biomechanics equipment has been moved and it is expected the lab will become operational soon under the protocols given by the ICC,” he said. 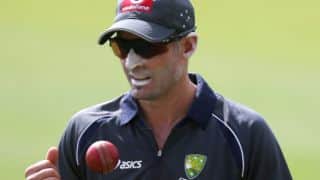 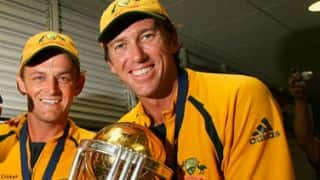