The said money is said to be unaccounted for during Zaka Ashraf's tenure.

Pakistan’s cricket chiefs on Monday began an inquiry into the spending of USD 200,000, which they said was not accounted for during the tenure of former chairman Zaka Ashraf.

The spending relates to Ashraf’s rocky 22-month tenure, during which time he was suspended by the Islamabad High Court before being restored to the post twice and finally sacked again.

The musical chairs at the top of the Pakistan Cricket Board (PCB), which has seen the chairmanship alternate between Ashraf and veteran journalist Najam Sethi, has led to widespread ridicule both at home and abroad. Monday’s move came after the compilation of an internal audit report, according to a board statement.

“The management committee took note of the outstanding arrears of approximately 20 million rupees detailed in the internal audit report for the period Ashraf was chairman,” the statement said, adding the committee would attempt to recover the sum.

Ashraf was first appointed chairman in October 2011 but later suspended by a court over dubious elections.

After a new national government took office in 2013, Ashraf fell out of favour. He lost his post for a third time after a Supreme Court order last week which restored Sethi, an appointee of Prime Minister Nawaz Sharif.

The case will be heard at length in the Supreme Court on Tuesday. The internal audit report, a copy of which was seen by AFP, shows several unaccounted ticket purchases during Pakistan’s 2012-13 tour of India and during the Champion’s Trophy in England in June last year.

“Tickets worth of 759,047 rupees (USD 7,600 dollars) were bought by the PCB and there is no record of whom they were given to. Another 2.5 million rupees (USD 25,000) were spent during the Champions Trophy 2013 on tickets, again without records of the beneficiaries,” the report stated.

With international cricket teams refusing to play in Pakistan since an attack on the Sri Lankan team bus in Lahore in 2009, the PCB has been hard pressed for income. Ashraf has denied any wrongdoing and termed the allegations “a smear campaign”. 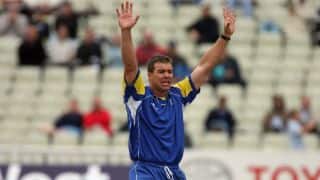