Chief curator Agha Zahid and director of domestic cricket Haroon Rasheed will leave the Pakistan Cricket Board (PCB) at the end of their contracts.

Chief curator Agha Zahid and director of domestic cricket Haroon Rasheed will leave the Pakistan Cricket Board (PCB) at the end of their contracts.

Rasheed’s contract concludes at the end of April, while Zahid’s ends on May 31.

“The duo had been working on a rolling contract and held prominent positions within the setup for several years,” ESPNcricinfo reported.

The replacement of older officials with younger ones started since Wasim Khan entered the fray at the PCB last year.

“Naturally, in the modern game, we need people who are relevant, hungry and are committed to making a difference. It’s a new era and we have exciting plans for the future. We won’t be derailed in doing what’s right for Pakistan cricket,” ESPNcricinfo quoted Khan as saying.

Meanwhile, the director academies, Mudassar Nazar, has also decided not to seek an extension once his contract ends next month.

“On behalf of the PCB, I want to sincerely thank Haroon Rashid and Agha Zahid for their hard work and services over a vast number of years,” said Khan.

“With Mudassar Nazar having already announced his departure in May, the PCB will now use this opportunity to restructure the NCA and domestic cricket to create a different and streamlined high-performance structure that serves the game,” he added.

Rasheed played 23 Tests for Pakistan. The right-handed batsman scored 1217 runs at an average of 34.77. 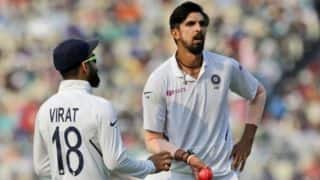