Desperate to save the career of tainted pacer Mohammad Aamer, the Pakistan Cricket Board (PCB) would try to seek ICC's permission for the youngster to start training at PCB facilities and play some domestic cricket. The interim committee chief of Pakistan, Najam Sethi has taken a lot of interest in getting Mohammad Aamer’s (above) ban relaxed © Getty Images © Getty Images

Desperate to save the career of tainted pacer Mohammad Aamer, the Pakistan Cricket Board (PCB) would try to seek International Cricket Council‘s (ICC) permission for the youngster to start training at PCB facilities and play some domestic cricket.

The Pakistan Cricket Board will take up the issue at the executive Board meeting of the ICC in London this week.

“We had taken the opinion of a queen’s counsel in London and even in his report there are positive arguments that can help us convince the ICC Board to show some leniency in Aamer’s ban period,” Rizvi said.

The legal adviser said the head of the interim management committee of the board Najam Sethi had taken lot of interest in the case and would try to get permission for the youngster to either start training at PCB facilities or play some domestic cricket.

Sethi had also brought up the Aamer issue at the last ICC Board meeting after which the the governing body formed a special committee headed by Giles Clarke to look into the matter.

“Clarke will also be presenting the committee’s findings at the Board meeting,” Rizvi said.

Aamer was banned for five years for spot-fixing by the anti-corruption tribunal of the ICC in early 2011 and later also served a jail sentence in the United Kingdom after being found guilty by a crown court. .

Aamer’s teammates, Salman Butt and Mohammad Asif were also given minimum five year bans by the ICC for spot-fixing in the fourth Test against England at Lords in 2010.

All three players have now admitted to their crime and apologised for their actions.

Aamer, 21, has in recent interviews pleaded to the ICC to look at his existing ban with compassion and allow him to at least resume playing domestic cricket.

“If the ICC decides in my favour it would definitely be the biggest day of my life. You can just imagine the feeling inside me when the day arrives because then I’ll be a free man again” he said in an interview.

“Obviously it hurts. Not playing the game I love so much is even more frustrating and it is purely because of my own undoing that has made life miserable. My family has suffered a lot because of me and I just want to rectify the big mistake I made then,” Aamer pledged. 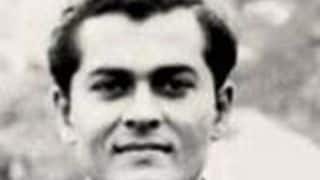