The PCB has decided to take its compensation claim case against the BCCI to the disputes resolution committee of the ICC.

Karachi: The Pakistan Cricket Board (PCB) has decided to take its compensation claim case against the BCCI to the disputes resolution committee of the International Cricket Council (ICC). An official source in the PCB told PTI that the Board Chairman Shahryar Khan, Chairman of the Executive Committee, Najam Sethi and Chief Operating Officer Subhan Ahmad had held three separate meetings with the BCCI representatives last month in Birmingham and London. “At two of the meetings, ICC chief executive Dave Richardson was also present while the third meeting held on the sidelines of the ICC executive board meeting also featured ICC Chairman Shashank Manohar,” he said. BCCI to discuss report on meeting with PCB in SGM

He said in all three meetings, the BCCI representatives had stuck to their gun that they can’t play any bilateral series with Pakistan until their government gives clearance. “They said that since their government was not giving clearance for a series with Pakistan because of the political and diplomatic situation between the two countries there was no question of paying any compensation to the PCB,” the source said. He said the PCB chairman had made it clear that the BCCI should have thought about this while signing the MoU with Pakistan in 2014. BCCI sought approval from Indian government for approval of India vs Pakistan bilateral series

“He said in the MoU, the BCCI had promised to play six bilateral series between 2015 and 2023 but had not played even one series as yet. The PCB chairman also made it clear that the PCB wanted a compensation of around 447 crore rupees from the BCCI for not playing bilateral cricket,” he said. The source said after the three meetings ended in a deadlock, the PCB had decided to now push through its legal case against the BCCI and would file a case with the ICC disputes resolution committee within a month. No formal agreement with PCB, so no question of compensating, says BCCI

“The BCCI had not responded to our notice of intent sent to them but they agreed to the meetings to find a solution and prevent the matter from going to the ICC disputes resolution committee. Unfortunately all meetings have ended in a deadlock despite the presence of ICC officials,” he said. The source said that during the meetings, the PCB noted that Pakistan had even gone to India or a short limited over series in the winter of 2012 as a goodwill gesture but the BCCI did not reciprocate at all. “The fact is India has not played a bilateral series with us since 2007 and it has caused a lot of financial losses to Pakistan cricket,” the source said. 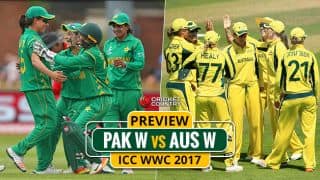