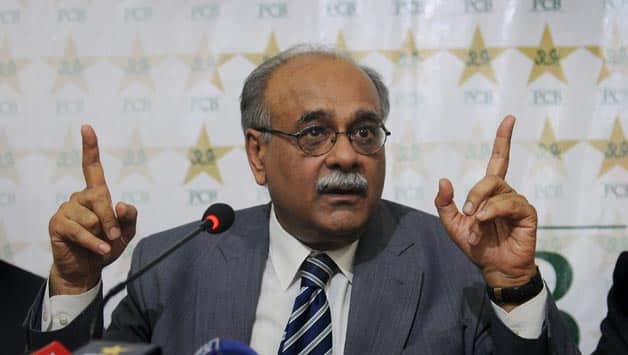 The PM announced the necessary amendments in the PCB Constitution to effect its supersession by the interim committee.

The interim committee has been directed to elect one of its members as Chairman and this post went to Najam Sethi who was already working as caretaker chairman of the Board since late July.

The move to appoint an interim committee was expected for a while since Sethi was unable to exercise full powers because of a judgement by the Islamabad High Court in August on a Constitutional Writ Petition challenging the election of his predecessor, Zaka Ashraf.

With October 18 given as the deadline by the court to the PCB to hold elections, the Prime Minister, who had initially appointed Sethi to head the cricket affairs using his constitutional powers, today announced the new set up.

A PCB press release said that Sharif had taken the decision in view of the prevailing state of affairs of the PCB with regard to its constitution and the directions given by the Islamabad High Court and the pending Intra-Court Appeal in the same court.

“The Patron of PCB i.e., the Prime Minister of Pakistan has been pleased to direct the following:
1. Paragraph Section 41 of PCB Constitution has been amended and under the said paragraph the Board has been superseded. An Interim Management Committee (IMC) has been constituted to ensure that PCB remains enabled to continue to perform day-to-day domestic and international functions for the promotion of the game and in line with the directions of the Court,” the release said.

The release said that the interim committee would remain in power for 90 days as per the Constitution, within which fresh elections of regional associations and the new Chairman of the Board would be held.

The Board also said that since Sethi was already in London to attend the ICC Executive Board Meetings, he was elected to head the interim committee as well.

This is not the first time that the PCB has been superseded by an interim or ad hoc committee but the inclusion of some Pakistani cricket stalwarts in the interim committee is an indication that the Prime Minister is serious about re-organizing cricket and Board affairs.

Shaharyar Khan has remained Chairman of the Board between 2003 and 2006 while Abbas is a former Test captain and Haroon Rasheed a former Test player who has held several important positions in the PCB including that of chief selector, manager, coach and administration.

Naveed Cheema was manager of the national team until recently.