The Pakistan Cricket Board is again under the radar for insisting on holding the conditioning camp of the Pakistan team in Lahore which has been the worst hit by outbreak of dengue that has affected over 14,000 people until now in the Punjab province. The Pakistan Cricket Board is again under the radar for insisting on holding the conditioning camp of the Pakistan team in Lahore which has been the worst hit by outbreak of dengue that has affected over 14,000 people until now in the Punjab province.

The PCB’s decision to hold the camp in Lahore has come under scrutiny after some players now taking part in the ongoing Quaid-e-Azam Trophy matches in Lahore were diagnosed with dengue fever among them the captain of the Lahore Ravi team Usman Salahuddin and former Pakistan pacer, Shahid Nazir.

The interim coach of the Pakistan team, Mohsin Khan said that the board had already taken several precautionary steps for the short camp and the morning and late evening sessions would be held indoors.

A PCB official said that the medical panel of the board was also monitoring the situation and would be there during the camp while the local administration are also spraying disinfectant in the areas around and inside the Gaddafi stadium and National Cricket Academy where the players will be staying.

The Pakistan team members are supposed to attend a three- day camp from Monday before leaving for Dubai on October 15 to play a series of Tests, ODIs and a T20 match against Sri Lanka in Dubai, Sharjah and Abu Dhabi.

Mohsin has been appointed interim coach as the PCB is still searching for a new coach to replace Waqar Younis who resigned after the Zimbabwe tour due to personal and health reasons.

“We will be focusing during the camp on fitness and just gelling together before this series which is a challenge for us,” Mohsin who is also chief selector said.

The PCB was forced to move the National T20 championship from Lahore to Karachi on the directives of President Asif Zardari last month because of the dengue fever outbreak in Punjab with the media reporting eight to nine deaths every day from Lahore confirming it is the worst outbreak of the viral disease in Pakistan.

The board is again under pressure because of some players contracting dengue fever in the Quaid Trophy and also because of its decision to hold majority of the round matches in Punjab when they are more than five first class grounds available in Karachi.

“The dengue fever can happen to anyone anywhere but I don?t understand why the board wants to take even the slightest risk at this time with the national team players by having the camp in Lahore. It would be been wiser to just have the camp in Karachi,” former test player, Basit Ali said.

He pointed out that the Pakistan team had a hectic international schedule lined up for the next few months against Sri Lanka, Bangladesh, England and India and the board couldn’t afford to lose key players to illnesses or fitness issues.(PTI) 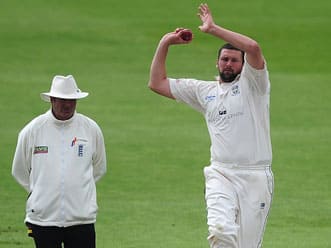 England under Strauss will dominate world for years: Harmison