Saeed had now been advised to return to Pakistan as soon as possible.

Karachi: Dec 5, 2014
Within days of asking the International Cricket Council (ICC) for dates to conduct the biomechanic tests on suspended spinner Saeed Ajmal, the Pakistan Cricket Board (PCB) now wants the process to be delayed as the bowler is not yet ready. An official in the Board told PTI that the PCB had initially requested the ICC to give them a date for the official test of Saeed’s bowling action.

“But now on the advice of Saqlain Mushtaq who is working on his action in the United Kingdom we have requested the ICC to put on hold our request until we are certain Saeed is ready for the official test again,” the official said. He confirmed that Saqlain had conveyed to them that Saeed needed more time to modify his bowling action to the extent that he can clear the ICC test.

“Saqlain has informed us that while Saeed has shown overall improvement in his corrected bowling action but there is still work to be done on his doosra delivery,” he said. The official said Saeed had now been advised to return to Pakistan as soon as possible and play in one or two first class matches so that the bowling action review committee can first see just how effective he remains with his modified action. “Saeed himself is very confident he can pass the ICC test but we don’t want to take any chances and it would be better if he now plays a few domestic games before he can be sent for the ICC official test.”

Another official, however, said that it was now highly unlikely that Saeed would be able to make the final World Cup squad. “It doesn’t appear that way because now it seems there is still more work to be done on his action and that requires more time. We have included him in the World Cup probable squad of 30 players but we have to finalise the 15 member squad by January 7,” he said.
First Published on
Last updated on December 5, 2014 10:24 AM IST
TOPICS:
PCB Saeed Ajmal International Cricket Council Pakistan Cricket Board Saeed Ajmal suspended by ICC India tour of Australia 2014-15: Michael Clarke to appear for fitness test ahead of 1st Test 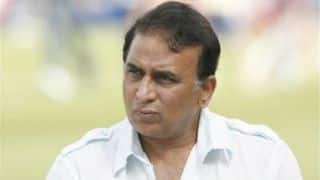