Indian team wore the camouflage military caps during the third ODI against Australia.

The Pakistan Cricket Board (PCB) has sent a strongly worded letter to the International Cricket Council (ICC), calling for action against India for wearing camouflage military caps during the third ODI against Australia .

“We have made our point very strongly to the ICC which now has no doubts or confusion about our intention or stance now on this matter,” Ehsan Mani told reporters at the National Stadium in Karachi on Sunday night. (ALSO READ: Pakistan demands ICC action against India for wearing army caps at Ranchi)

“We will be sending another letter to the ICC in next 12 hours after more consultations with our lawyers,” he added.

Mani said that Pakistan’s stance is very clear that cricket must not be used for politics.

“This is the second that the Board of Control for Cricket in India (BCCI) has tried to use cricket for politics. They took permission from ICC for some other purpose and used it to do something else, which is not acceptable,” he said.

Last month, BCCI had asked the International Cricket Council (ICC) to “sever ties with countries from which terrorism emanates” following the Pulwama attack where 40 CRPF jawans were killed in a suicide attack, the responsibility of which was taken by Pakistan-based terror outfit Jaish-e-Mohammed. (ALSO READ: Indian team to donate Ranchi ODI match fee to families of Pulwama terror attack martyrs)

Recalling the move by India against Pakistan in the ICC and World Cup, Mani said that by indulging in such behaviour for a second time they have hurt their credibility and standing in the cricket world.

Mani said they have reminded the ICC about the disciplinary action they took against Imran Tahir and Moeen Ali Ali few years back when the players tried to make a political statement on field.

“We want the ICC to take similar sort of action against the Indians.”

As a mark of respect to the CRPF jawans who lost their lives in the Pulawama terrorist attack, Indian cricketers had sported the Army cap in the third ODI and also donated their match fee for the welfare of the families of the martyrs. (ALSO READ: Undeterred by the ICC snub, BCCI to continue efforts to isolate Pakistan)

However, Pakistan’s foreign and information ministers took exception to the gesture and criticised the Indian team and also urged the PCB to take up the issue with ICC to take punitive action against the Indian players. 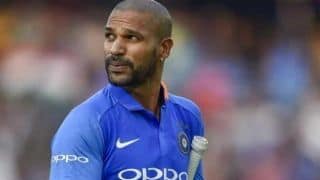 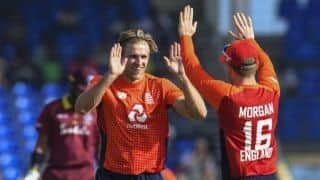