Umar had an altercation with Pakistan's head coach, Mickey Arthur at the national cricket academy last month over practicing there.

Karachi: Pakistan Cricket Board’s inquiry committee has recommended a three-match ban and a fine on Pakistani batsman, Umar Akmal after finding him guilty of breaching three clauses of the players code of conduct. A reliable source aware of the developments told PTI on Wednesday that the inquiry committee headed by Director Cricket, Haroon Rasheed had recommended a three-match ban and fine on Umar and also suggested suspending issuance of NOCs for foreign leagues for a certain period.

“The committee after interviewing Umar and others found the batsman guilty of breaching three clauses and it has now sent its recommendations to the PCB Chairman, Najam Sethi for further action,” the source said. Umar had an altercation with Pakistan’s head coach, Mickey Arthur at the national cricket academy last month over practicing there.

He later alleged in the media that Arthur had abused him. The source made it clear that the inquiry committee which also included the legal advisor of the board had only focussed on deciding whether Umar breached clauses of his players code of conduct.

“It didn’t reflect on the allegations made by Umar against Arthur. It has found the batsman guilty of breaching the code and left it up to the Chairman to decide whether a larger inquiry is required for the allegations of use of abusive language by Arthur,” the source added.

“Umar breached three clauses by going directly to the media and criticising the head coach,” the source said.

According to the source, it is now up to the Chairman whether he accepts the inquiry committee recommendations of three-match ban and a fine or decides to go for the maximum punishment allowed for breach of relevant clauses. “The maximum punishment for these breaches is a five- match ban and a fine of up to five million rupees. Sethi also has the authority to reduce the penalties recommended by the inquiry committee,” the source explained.

He said it was up to the Chairman to decide whether there should be a suspension for a period of time on issuance of NOCs to Umar to play in foreign leagues. Sethi who is abroad at present is expected to return home in a few days after which a final decision would be announced on Umar. Umar, a colorful and controversial character, is presently allowed to play in domestic cricket and is representing UBL in the Quaid-e-Azm Trophy.

Arthur has made it clear he has no personal issues with Umar but wouldn’t consider him for the national side until he improves his fitness to required standards. Umar was sent back from England before the start of the Champions Trophy in May after failing a fitness test. 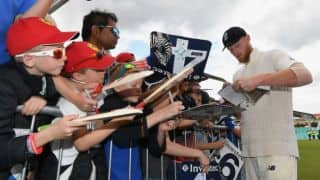 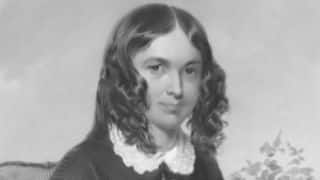