The IMC has received an extension from Pakistan Prime Minister Nawaz Sharif.

Pakistan Cricket Board’s interim body, the Interim Management Committee (IMC) has received a notification from Pakistan Prime Minister, Nawaz Sharif, which has extended their term to run cricketing affairs in the country for an additional 90 days.

“The term of the IMC was due to expire on January 14 so the Prime Minister has given it an extension,” confirmed an IMC official.

The IMC which includes the likes of former PCB chief, Shahryar Khan, former Pakistan Test player, Zaheer Abbas, Haroon Rasheed and Naved Cheema was founded by Sharif, who also happens to be a patron of the PCB.

The IMC, which has superseded the PCB to control cricketing affairs in the country, suffered a setback when it was removed from power by the Islamabad High Court.

But, the PCB had managed to get a stay order which prevented board chairman Najam Sethi from exercising his full powers, with the final judgment of the Court being expected this week.

“The judgment of the divisional bench is expected to come out this week and at the moment, it is not clear whether Sethi will be allowed to continue as Chairman with full powers and supervise working of the IMC,” said the official.

“Until such time, the judgment comes out, the situation is not clear for us and even the chairman is not in a position to take long term decisions,” concluded the official. 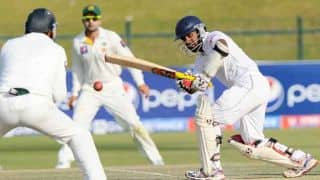