The winner of this game will gain entry in the finals of the second edition of this Twent20 league from Pakistan. Darren Sammy-led Peshawar Zalmi were defeated by a run in the first qualifying final by Quetta Gladiators. The following day Karachi Kings registered a 44-run emphatic victory over former champions Islamabad United in the second qualifying final paving their way for the third game. In the two seasons so far, both teams have played each other four times out of which Zalmi have won thrice. The only time Kings managed to win was this season in the reverse fixture.

Going by the past records, Zalmi clearly have the edge over Kumar Sangakkara-led Karachi Kings. But given the way Karachi Kings have fought back in this season despite losing three consecutive matches initially, both teams have an equal edge over the other in this very important game. Therefore no team will be hoping to get thrown out of the tournament coming this near to the finale which definitely makes this a cracker of a game. 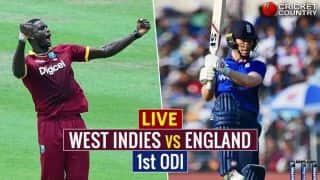