Lynn was ruled out of the tournament after dislocating his shoulder during a practice session.

Peter Forrest has been appointed the captain of the Queensland Bulls team in place of the injured Chris Lynn for the Matador One-Day Cup 2015-16. Lynn was ruled out of the tournament, which is scheduled to begin on October 5 with Queensland facing the Southern Redbacks in the first game, after dislocating his shoulder in a nasty injury during a practice session, which is said to have resulted from a botched full-length dive during a fielding drill on Thursday. Wicketkeeper-batsman James Peirson, who had been picked for the inaugural Cricket Australia XI team for the tournament, was brought back into the Queensland squad to fill in the void caused by Lynn’s exit.

Chris fell awkwardly during a fielding drill yesterday and has unfortunately dislocated his left shoulder. We are currently unsure of the full severity of the injury, however we expect to know more when we receive the results from his latest scan. READ: Alex Gregory named captain of newly-formed CA XI for Matador Cup 2015-16

“We can confirm he will miss the Matador Cup and the start of the Sheffield Shield season, but it is hard to put an exact timeline on his recovery until we have all information on the injury available,” Queensland physiotherapist Martin Love was quoted as saying according to a report on cricket.com.au.

Lynn, who has played for Deccan Chargers and Kolkata Knight Riders (KKR) in the Indian Premier League (IPL), has a total of two Twenty20 Internationals (T20I) to his credit. While Lynn has been ruled out of the ongoing tournament, the chances of him having to undergo a surgery seem bleak at the moment, making his case for recovering ahead of the Big Bash League (BBL) a strong one. 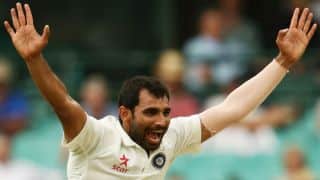 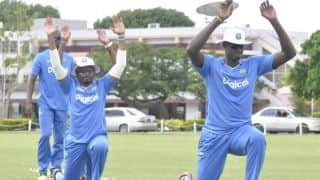