Peter Nevill eyes Test recall ahead of The Ashes 2017-18

Peter Nevill eyes Test recall ahead of The Ashes 2017-18

Peter Nevill was replaced by Matthew Wade after Australia's crushing defeat versus South Africa in 2016.

Out of favour Peter Nevill is eyeing a return to Australia‘s Test squad ahead of The Ashes 2017-18 against England later in the year. Nevill last played for Australia during their 1-2 drubbing against South Africa in the home series of 2016-17. Following the loss, he was replaced by Matthew Wade who is currently involved in the two-Test series versus Bangladesh. Wade, on the other hand, has been going through a lull with the willow but has performed well behind the stumps. He has been facing the heat from former players for his dry run and Australia’s former glooveman Ian Healy has insisted on replacing him with Nevill.

“It s all about playing the best cricket I can. And that s going to be for NSW in the one-day tournament and then there s going to be two or three Shield games before the Ashes squad gets announced”, stated a confident Nevill to Cricket Australia. He will surely be looking to score a plethora of runs with the kind of form Wade has been going through. Australia even considered Peter Handscomb to take the task behind the stumps ahead of their decider against Bangladesh, but refrained.

Wade was effective with the gloves on the first day of second Test at Chittagong. He took a sharp catch off Ashton Agar and effected a smart stumping off Nathan Lyon. However, all eyes will be on him when he comes out to bat. Australia are trailing 0-1 in the series after losing the opener by 20 runs. 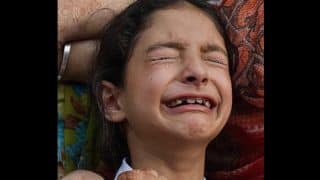