Hughes became the 15th player to do so in List A cricket.

Phil Hughes, the Australian batsman, hit a double ton for Australia A against South Africa A in the ongoing Quadrangular series Down Under. Hughes thus becomes the first Australian to hit a double in a List A match and is the 15th overall to achieve the milestone. For his unbeaten knock of 202, he faced 151 balls and smashed 18 fours and six sixes. The innings helped Australia A put up 349 in their 50 overs. The second highest score was 90 by Moises Henriques.

Hughes has been one of the most talented batsmen in Australia for a few years, but hasn’t been able to seal his spot in the Australian side. Having made his debut in 2009, he has been an enigma of sorts and has found it tough at the highest level. His last Test was during the Ashes 2013 in England and he played his last One-Day International (ODI) against India at Bangalore last year.

This innings may help Hughes come back into the Australian one-day side, after a long absence. Given his talent, it has to be said that he deserves a long run. The selectors would be happy with this knock as it has come against a good attack comprising Kagiso Rabada, Beuran Hendricks and Aaron Phangiso. 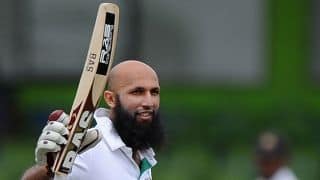 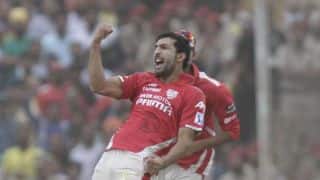