Mike Selvey claims that cricket is not a game that needs to be sanitised or changed.

Former England Test player-turned-commentator Mike Selvey claims that cricket is not a game that needs to be sanitised or changed, but he feels that from the tragedy of Australian batsman Phillip Hughes‘ passing must make sledgers think.

In his column for The Guardian, Selvey states that as the world and cricket moves on, Hughes’ passing has offered an opportunity for those involved in the game, from the very highest levels down to grassroots, to take stock, a period of introspection.

Selvey, who stared in three Tests for England between 1976 and 1977, claims that players get angry and emotional, with batsmen tending to displaying their feelings off the field, to the general amusement of bowlers, rather than on it, where they have to be in control of themselves.He claims that for bowlers, it is the reverse, as their aggression is channeled into their business, adding that words are spoken. Selvey said that none of this is new, none of it has changed and neither should it.

Selvey states that cricket is a game that challenges in many ways, testing temperament; it requires the fitness and mental strength to concentrate for six hours, often in high heat and humidity, or to bowl long spells; placing techniques under scrutiny, adding that it demands courage.

However, Selvey also believes that although nothing much has changed, the game has taken on an ugly face, so that words are no longer spoken in the heat of the moment but as a calculated tactic, with a player’s perceived susceptibility to what is frequently nothing less than snarling abuse discussed and planned beforehand. Selvey believes that this sledging behavior has permeated down even to junior levels and the damage that is done by such an example is un-edifying and not fogeyish.

Selvey says that there is a perception that sledging makes a player somehow tougher, but claims that really it is just bullying. He claims that someone has to blink, and added that it would be good to think that from the tragedy of Hughes’s passing, the lead to shun sledging might now come from Australia and India . 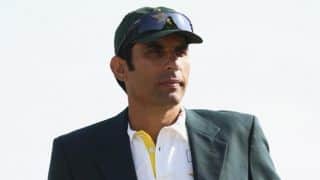 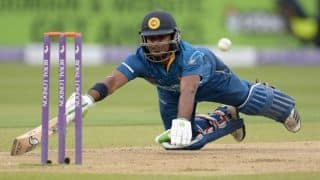 Sri Lanka vs England 2014: Kusal Perera dismissed for golden duck in opening over